In autumn 2015 I published a game: FateLess

In this series of articles I would like to explore its design step by step. Today, as a sort of introduction, I’ll talk about what this game is, what it is not, and why I made it. After that, in future posts, I’ll tackle each section of the rules and discuss its value and impact for the overall system and Player experience. Let’s get started!

This point is important to set expectations straight.
If I walk into a Dungeon World table expecting heartache and awkward hotness like in Monsterhearts I’m gonna be royally disappointed. By the same token if I’m not a fan of Monster of the Week I should not assume that Sagas of the Icelanders will not be of my liking. These are all “Powered by the Apocalypse” systems but the differences are substantial enough to make each of them a uniquely different game. 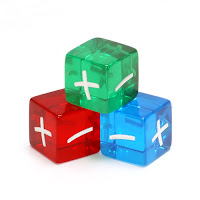 Yes, it leverages some important and recognizable mechanics from Fate. But how they work is different, how they impact the rest of the system is different, and in the end the play experience is different. For clarity’s sake let me offer a brief list of such mechanics:

It might also be interesting to note upfront what is not there anymore:

Well, most of the stuff that has been thrown away got the boot by necessity: by removing one thing (the GM, to start) it appeared obvious how other things had become useless or redundant, allowing me to either cut them off completely or merge their useful functions within other similar elements. This created a cascade effect throughout all the system. Then the addition of new and alien elements to the classic Fate changed the system in ways that allowed/required even more trimming. And then, of course, there were specific design choices that also dictated what was going to stay or go.
But why all of this madness to begin with? What was I aiming for? 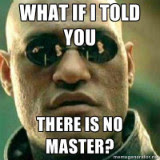 Let’s be clear, I am in no way against gmLed games; many good games make use of a GM. So I’m not attacking gmLed games. I am, if anything, defending gmLess ones. In my experience many people still see gmLess games as minor, limited and almost crippled versions of real, normal, complete rpgs. I beg to differ, as I came to consider the presence of a GM nothing more than an accessory; it is like the choice between rolling 1d20 instead of 3d6, or any other design choice actually: in and of itself it’s almost meaningless, while within the context of the overall system it acquires its true value. Also, contrary to common prejudice, playing without a GM doesn’t preclude any kind of game experience (deep plots, puzzling mysteries, astonishing surprises, etc).

Ok, I made my point, a gmLess structure allows Players to do all the things they can do in a gmLed structure, but why did I chose one over the other for this game?


One, because I’m lazy.
I’m a burned out GM that has no more patience for onerous and lengthy prep. Same goes for the effort needed to be at the helm of a game. Even games that offer light or zero prep and good support for GM activities (Apocalypse World comes to mind) are still quite exacting to run, as a lot of responsibility is polarised on the GM, demanding constant on-the-fly judgement calls and decisions that could make or break everyone else’s enjoyment.


Two, because I’ve become increasingly demanding.
I want to have as much fun as possible, with as little effort as possible, in the shortest time possible. I’m more than willing to put effort into my gaming, but I want to see high quality results for it. While a coherent and effective system is at the base of this, in a gmLed structure the end result is often too depending on external factors: the GM having very good personal skills, she and the Players knowing each other very well, and all having somehow developed a functional set of tribal habits and routines.


Three, because I wanted a game with no real downtimes.
Some of my design goals, better explained in a minute, end up focusing a lot of play time on a single PC, which in a gmLed game usually translates into all other Players becoming a passive audience. This can be countered with mechanics that enforce a fast rhythm to the game, but they can only do so much. Trollbabe is a perfect example of this problem, which often afflicts most PbtA games too.


In all these instances a gmLess structure offers solutions that are at least as good as the ones offered by a gmLed structure, and in my opinion are actually better at tackling this specific issues. 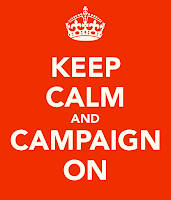 My second wish was for a long term game that I could play for a “long” story arch developed through many game sessions. Something in the range of 10-20 sessions, to be precise. This is actually a novelty in the realm of gmLess games, as far as I can tell, where most designs focus on either one-shots or a short arch (3-6 sessions). In THIS interesting podcast Ben Robbins (the designer of Microscope) jokingly suggests that such an endeavour might be an impossible proposition. Well, seems like I’ve done the impossible :)

My third wish was for a set of “strong” rules capable of enforcing a tight and robust structure for the play flow; maybe not dumb proof, the ultimate utopia, but at least with enough failsafes to be actively helpful in smoothing, supporting and guiding gameplay. At the same time I wanted the rules to be light and agile, focused on character actions and consequences rather than on lists of things (equipment, powers, spells) and number crunching. This solidity and simplicity in turn was supposed to make color hacks quicker and easier, if needed at all.

On all accounts the fourth iteration of the Fate system, and especially its Accelerated variant, seemed like the ideal place to start... but not the end of the journey. For all its virtues, I find that many elements in Fate divert the attention of the Players away from the fiction, focusing it back on mechanical crunch: the Stunts, the whole Combat structure, Stress and Shifts and Skills. FAE improves a bit on such things, but not enough for my needs.

And after all this talk about how gmLess games are amazing, my final wish was for a game that would somehow feel gmLed. I’ve now played my fair share of gmLess games and they have all felt different and amazing, but they also shared a common element, an aftertaste of sorts that was starkly different from the aftertaste left by a gmLed game. I might call it the “feeling of being just a player” but I fear it might be misleading. 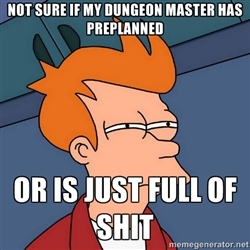 It’s the difference between the feeling one experiences when describing something, and that same something being described to you. It’s not about surprise, so much as feeling that the imaginary world around you is somehow more real/solid/alive because it did not come directly from within you, it is external, it is other than you.
You can be an agent within it, but you are not it.

In gmLed games this feeling is a given, as “playing the world” is almost exclusively in the hands of the GM. On the contrary in gmLess games such activity is shared among all participants in various ways. This is fun, and in many occasions it actually helps Players to be more engaged and aware, enjoying more the whole game.


But I missed still that feeling I described, so I attempted to design it into the system I was building, and I like to think that I’ve been successful enough in this aim. Granted, it is not 100% the same thing, but it provides that something something I was looking for.

Then, what is FateLess?

To sum it all up, FateLess is my skeleton key to play in a variety of amazing settings that, in my very personal opinion, are held back by rules systems that are either ineffective or just not of my liking.


In designing FateLess my main inspirations (and targets, so to speak) were existing rpg settings like Vampire Masquerade, Kult Beyond the Veil and Unknown Armies; but also famous novel series like Dune and Game of Thrones and Isaac Asimov’s Foundation; or movies and TeeVee series like House of Cards and Black Sails and Epic. Wildly different settings that share the same underlying structure (at least, as far as my interests go). 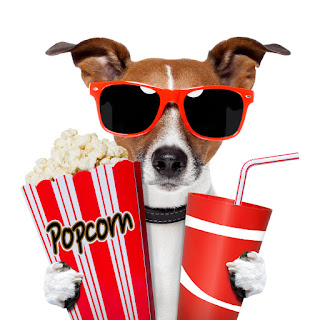 The play style supported by the mechanics is that of cinematic action, where things happen fast and loose in order to explore what happens and what consequences it brings. Things like “realism” are very important for this, but are enforced through social consensus with the mediation and support of communication rules, rather than by trying to produce an oversimplified yet rigid mathematical model of imaginary physical laws.


It is an ideal game structure to play games of politics and intrigue: antagonism and individualism among PCs are cornerstones of the system, inbuilt within its very structure.


It works really well for investigations and mysteries: by enclosing all descriptions and narrations within the boundaries of PC’s direct perspective, Players can experience true puzzlement and surprise; the end result is also very conducive to brainstorming, and rewards actual planning and good thinking.


Of course, as any game with a clear and specific aim, it is not ideal for everything and everyone.
It is not a deeply emotional game; there are elements that ease Players into expressing their PC’s inner thoughts and feelings, but it’s more about character building and exploration than it is about striking an emotional chord. Math is at a bare minimum and there is not much that can be min-maxed or micro managed. Equipment is very abstract, only going into more detail for unique, plot-relevant items. As a result one should not really expect deep tactical combat in a wargame-ish sense; there are plenty of tactical narration and fictional positioning, but next to no resource management. Finally, real life out-fiction puzzles are definitely not part of the original design; what you get in their place is not the same thing. Close enough though, if you ask me, and more conductive to the kind of stories I want Players to experience.

The gmLess game that plays as if the perfect GM were tailoring the game just for you.