You are Iki, a tiny fey creature.
Your life begins and ends in the span of a single day.
And it's going to be wondrous, full, inspiring, romantic, adventurous, dramatic, joyful, sad ... meaningful.
You are going to be born, grown up, mature, grow old and eventually pass away. A full life, rich and vibrant, flowing with the hours of the day.

Ikigai is a game about finding meaning and fulfilment in the little things. It's about courage and discovery. It's about how life is transient, and how this is not a bad thing. It's about beginnings and ends, about growth and rebirth. About how grand and epic a tiny life can be.

Most people are afraid that this game could make them sad because the protagonist dies after what seems like a terribly short time.
But then they play.
And they smile.
Ikigai is a feel-good ride, getting to know a tiny amazing friend, making memories with them, watching them learn and grow, struggle and overcome. And eventually letting them go, but with a feeling of peace and joy because you got to know them, and they will now always be with you.
And then, sometimes, the end is not quite as we expect it to be...

Born as an entry for the 200 Word RPG Challenge 2018 it was then developed into a full grown game. The PDF counts 12 pages that include a full actual play report, a printable Chronicle Sheet, and all the rules and explanations needed to play.

It's very friendly to new players and highly rewarding for experienced ones.

Ikigai is a 12 page, GMless one-shot about the mayfly lifespan of a tiny creature.

I don't know that it's an easy game to get into, for several reasons. The font is a little bit tricky to read, as it's both dark enough that it's hard to distinguish its regular from its bold, and stylized enough that it takes a tiny bit of effort to decipher. At the same time, its mechanics are explained in a way where you'll get a little bit lost if you're used to roleplaying games, and very lost if you aren't.

To learn how to play, you kind of need to completely set aside any desire to understand what you're doing, and just follow the directions step by step. Once you've completed them, you'll have sort of an idea of what you were trying to do from the start.

It's unintuitive, and I wish the game explained its terms a little instead of just dropping them into the text.

Moments are scenes---one person frames one, and then everyone adds details one at a time.

The game is 9 moments long, and at the end of each moment everyone rolls a black die (pebble) or red die (berry), with the highest die determining how Iki remembers the moment.

I had to read through the first half of the pdf probably three times before I was confident that I understood this, and I'm posting this here in the hopes that it helps other people.

That said, despite the initial hurdle figuring out the mechanics, Ikigai hits hard.

You spend the game following and emotionally connecting with a tiny creature that's experiencing the world for the first time, only to have it die in the end, and the fact that you know this the whole way through does not make it hurt less.

I would strongly recommend this to anyone who's patient when reading through the rules, and who likes to feel strong emotions when they play games.

I am not either of those people, but the fact that Ikigai is not for me doesn't mean it's not really, really good.

This game is so good! When I was reading the corebook I was already imagining possible scenes that could happen :) And thank you so much for adding your personal chronicle at the end, I loved reading it! It seems like a short feel-good game, which is gravely needed sometimes. Thank you!! <3

I just want you to know that I have a new tabletop player that has been struggling to let themselves loose with the games we have tried. (Mostly one shots of various things to see what kinda stuff we like). This game was like a light bulb for him. Every session/game we'd played up until this point they were the player that you had to ask for contribution, I'd have to notice they'd been quiet for a while and poke them. Not with Ikigai, though. They started the game off with the same kind of timid nature I'd been expected but less than 20 minutes in he turned into the chatterbox of the table, excitedly telling other people he had an idea and trying to contest any chance he could because he had an idea for the story.  On top of that we made an extremely cute, feel-good story together! Which honestly just felt like a bonus at that point! Thanks so much for including this in the BLM bundle it really made our game-night!

Sometimes you need to play through the simple, peaceful life of a character, and Ikigai provides just that! I especially enjoyed the actual play at the end of the document, which exemplifies very well how the game works :)

Awww ! Thank you for this little gem, and thank you for adding it to the BLM bundle. I really like how simple and chill the actual play feels. I hope I will play Ikigai soon. 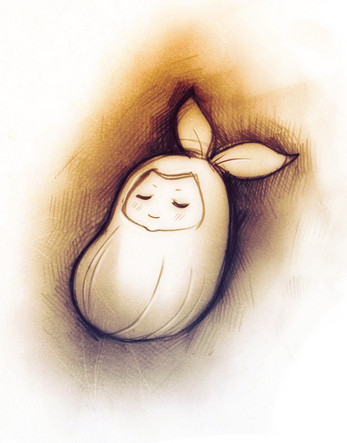